“The wildly talented Jewel E. Ann consistency finds a way to level up. Every book she writes leaves me desperate for more! The Life That Mattered is a must-read.” – Ella James, USA Today bestselling author

The Life That Mattered, an all-new emotional and poignant novel from Jewel E. Ann, is available now! 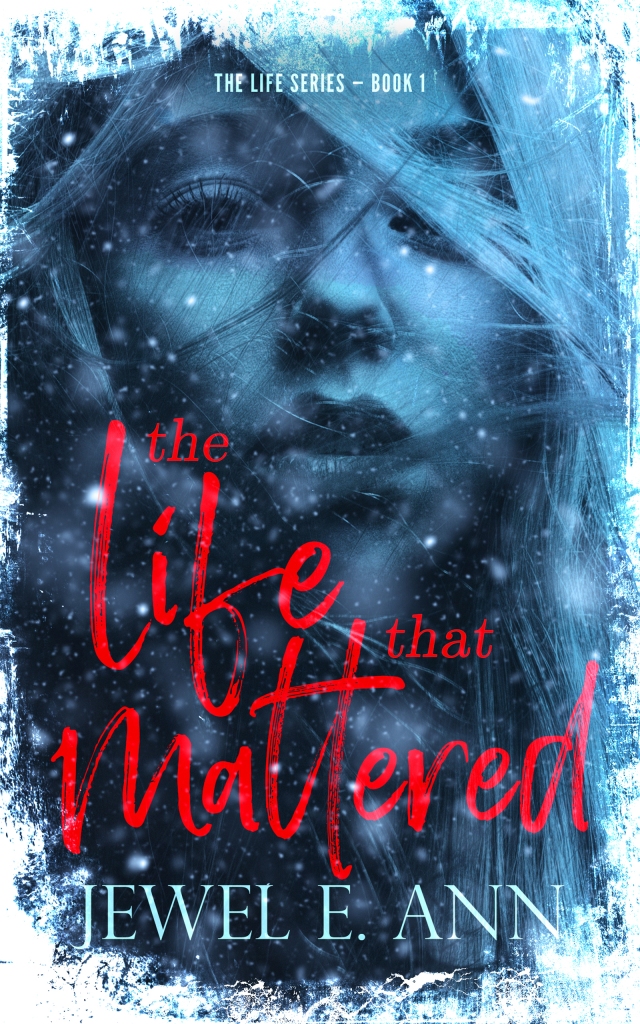 And friendship is neither.

The son of a French Olympic skier and a Malaysian fashion designer, Ronin Alexander has lived the life of a nomad, traveling the world to find his next adventure.

Life takes a dramatic turn when he meets Evelyn, a beautiful scientist who owns a bath shop in Aspen, Colorado. They defy all the rules of relationships, falling hard and quickly in love.

Their world intertwines with Evelyn’s two best friends, the Governor and his soon-to-be wife. The four become close—very close.

When tragedy strikes, things from their pasts are unveiled—unimaginable truths and the grim realization that life will never be the same.

Jewel E. Ann steps into another dimension with this mind-bending thriller, a provocative story that pushes boundaries and tests the true meaning of love.

Add THE LIFE YOU STOLE to Goodreads: http://bit.ly/3bgXmQ7 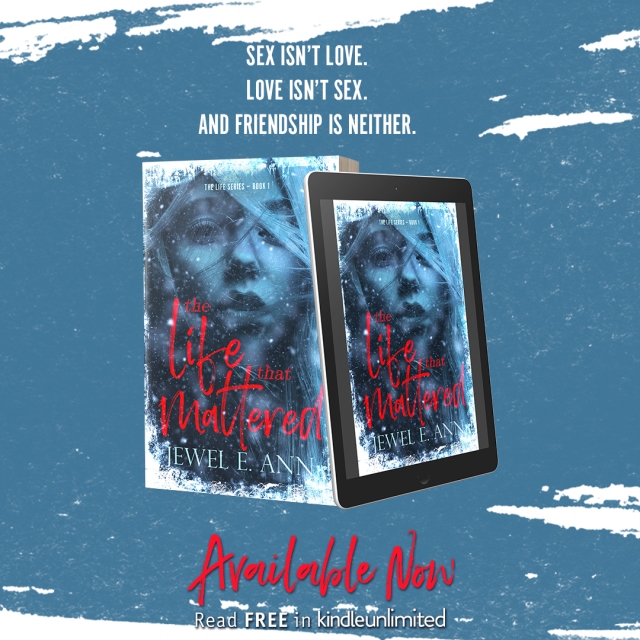 I wasn’t opposed to the occasional drunken one-night stand, but not with Evelyn. We weren’t drunk, and I wasn’t okay with an arbitrary time in the future that I may or may not see her again.

“I’ll walk you to your door,” Evelyn said as she turned off her Jeep.

“God …” I laughed, shaking my head. “That’s messed up. Now I feel a huge urgency to get my own vehicle. I think I’ll go tomorrow to buy one just so you don’t ever have to walk me to my door again.”

She climbed out. “I don’t have to stop at your door. We don’t have to play by the rules of dating. I think we’re past that age. How old are you?”

I found her hand and led her to the front door. “Thirty-five.”

“I’m thirty-four. Have you ever been married?”

We stopped at my door and faced each other. “No. You?”

She shook her head. “The rules don’t apply once you’re past thirty.”

“The baseball game?” My head canted to the side.

“Yeah. The sexual bases? First base is kissing. Second base is—”

“Yes.” I fished my keys from my pocket. “I’m familiar with the bases.”

I unlocked my door and motioned for her to go inside.

She wet her lips and stepped into my condo without an ounce of hesitation. “You’re inviting me in. So you are a fan of baseball.”

Not so much. Skiing, football (soccer), rugby, cycling, tennis … but not baseball. However, something told me Evelyn might make me a baseball fan.

“Are you sure you’re living here?” She glanced around at the sparse furnishings of my two-bedroom condo.

“I never stay in one place long. No need to own much. It’s just that much more to sell or move.”

I owned books and a place to sit and read them. My parents didn’t believe in letting Julien and I watch television while we were growing up. Julien embraced art. I embraced fiction—mysteries and sci-fi.

“What do you consider not long?” She ran her fingers along the back of my leather recliner before dropping her bag to the floor and slipping off her jacket.

“Three to five years is a nice stay.” I tossed my coat onto one of two barstools at my kitchen counter.

“Okay. So our marriage will be short.” Her teeth trapped her full bottom lip.

I’d dated enough women to know there existed a sequence of events that took place way before the M word should ever be discussed. I’d never reached the point of discussing the M word. Not even with my longest relationship, which lasted two years.

Two years and we didn’t talk about marriage.

I was out of my realm of experience with Evelyn. We joked about marriage, but who joked about that? Then there was a baseball discussion happening, and I didn’t even like baseball, but I waited with restless anticipation for Evelyn to make her point. Something told me it could be brilliant.

“Kenny was a guy I dated my first year in college. He played baseball.”

I could not have cared less about this Kenny guy, but he brought her back to the baseball talk, so I folded my arms over my chest, leaned against the counter, and gave her my full attention as she walked in slow circles around my furniture. A predator with calculated moves.

Who was I to judge? I walked into her shop that day and basically said we needed to expedite our dating status—laid out my plans to eat dinner with her, close down bars, and sip hot chocolate.

“He was a solid hitter. Always got on base, but he never hit a home run. I honestly think he lacked the confidence to go for it. His coaches told him to just get on base, so that’s what he did because that’s what you do when you’re young like that. You spend a lot of time on the bases.”

Were we still talking about baseball in the literal sense?

“I think once you hit your thirties, no one should judge if you just hit it out of the park your first time up to bat.” Her lips twisted as she stopped in front of me. “The goal is to hit it home. If you can do that, then why the hell not, right?”

I thought I understood the metaphor. But if I was wrong, I could get thrown out of the game.

My eyes narrowed, studying her for a few seconds.

“First base is fine.” She shrugged. 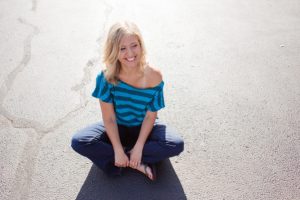 Jewel is a free-spirited romance junkie with a quirky sense of humor.

With 10 years of flossing lectures under her belt, she took early retirement from her dental hygiene career to stay home with her three awesome boys and manage the family business.

After her best friend of nearly 30 years suggested a few books from the Contemporary Romance genre, Jewel was hooked. Devouring two and three books a week but still craving more, she decided to practice sustainable reading, AKA writing.

When she’s not donning her cape and saving the planet one tree at a time, she enjoys yoga with friends, good food with family, rock climbing with her kids, watching How I Met Your Mother reruns, and of course…heart-wrenching, tear-jerking, panty-scorching novels.