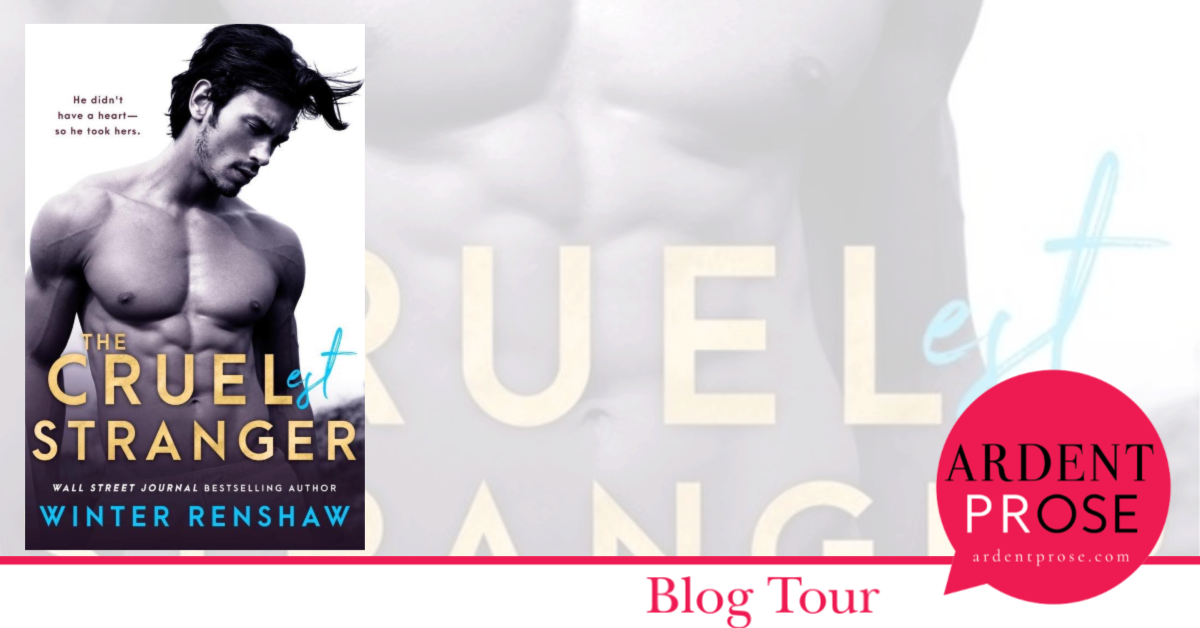 The Cruelest Stranger by Winter Renshaw is available now!

The first time I saw him was at a bar called Ophelia’s on a misty Thursday night. I was there to drown my sorrows after a trying day, he was there to escape the storm. After a brief yet incredibly cruel exchange, the handsome stranger bolted before I had a chance to tell him off. Incensed and three cocktails deep, I followed him out the door, determined to give the audacious Adonis a piece of my mind.

Tearing after him in heels and barely able to keep up in the freezing rain, I ended my chase when I realized where he was going.

They say never to judge someone unless you know their story.

I never could have anticipated his…

And I never could have anticipated the way our paths would cross again—or that I would one day find myself falling for a man with a hollow cavity where his heart should be, a man as callous as he was beautiful, as complicated as he was mesmeric.

They say never to judge someone unless you know their story.

I went into this book blindly, intrigued by the title alone–a title that gave me the impression it was to be an enemies-to-lovers story. And in its own compelling and ambiguous way, it is. But between the complex layers of story line is woven a perception of opposites attract – a story of two damaged and flawed characters, but where one is bitter and pessimistic, the other is compassionate and sincere.

The Cruelest Stranger is an emotional love story of redemption and second chances, a romance that makes you believe that everything happens for a reason. Fate….destiny….how separate events in two characters’ lives lead them on a path to finding one another, where circumstances continuously force both of their worlds to collide. Their pasts may be heartbreaking, tragic, and dysfunctional at times, but it’s one woman’s determination to save a man from himself, to show him there’s more to life than just “existing”, that love and family is what truly matters at the end of the day.

The intricate yet complicated relationship between Bennett and Astaire, in correlation to the magnificent writing and narrative, was an emotional tidal wave of loneliness, animosity, and angst. Yet when you strip away the pain and cruelty, you are given a beautiful and romantic story of atonement, peace, and acceptance….that at the darkest of times, light can always be found.

The sound of children laughing and shuffling down the hallway Friday morning is my cue to silence my phone.

I tuck it into my top drawer for the day and reach for my coffee, stealing a few more sips before the craziness of the day ensues.

I found the Schoenbach obituary—if you can call it that—earlier this morning. The funeral home posted it sometime last night.

Her name was Larissa Cleary-Schoenbach, and she was twenty-seven when she passed. It mentioned no family, no cause of death, no photograph. Nothing more than a birthdate and a single line about a private sunrise memorial service tomorrow morning and the words INVITATION ONLY in bold red letters. All caps.

I spent a few minutes Googling “Larissa Cleary-Schoenbach” earlier this morning. But I couldn’t find a thing.

No archived newspaper articles of any kind.

It’s as if this woman never existed.

“Good morning, good morning!” I take my place at the front of the room, grinning and waving and trying to psych them up for the day. Fridays are hard. The kids are exhausted, attention spans are waning. My students hang their jackets and bags on their hooks and then make their way to their assigned square on the rug. “Happy Friday!”

I maintain the smile on my face, sing our morning song, and begin the day’s lesson, but today I can’t help but feel like I’m merely going through the motions. My mind is fixated on that man from the bar last night—and the mystery woman he’s burying.

With the hyphenated name and similar age, it’s fair to assume she was his wife.

At first I thought it seemed odd that she’d have a private sunrise memorial service, but maybe sunrises were her thing? And maybe her passing was so tragic and unspeakable that all he wants is to protect her privacy?

By the time the kids head out for first recess ninety minutes later, I’ve concocted a beautiful love story for the two of them. I’ve imagined a passionate, love-at-first-sight romance.

New Year’s Eve kisses on snowy hotel balconies, her lashes covered in snowflakes as he wraps her tight to keep her warm.

In my heart of hearts, I want to believe he was beautifully, wonderfully kind to her.

That he loved her more than anything in the entire world.

That her death shattered his heart into a million, irreparable pieces.

I want to believe that that was the cause of his cruelty last night.

That he’s simply angry at the world for taking the love of his life away from him.

Death and loss can do a number on you. It can change your entire personality if you let it. Some of my darkest days came in the months following Trevor’s passing.

I want to believe Bennett has friends and family getting him through this, but last night, Eduardo mentioned that when Bennett stops in, he never talks to anyone—which leads me to assume he only comes solo.

Maybe she was his entire world? All he had?

Maybe they’d had a falling out and weren’t speaking when she died?

The kids return from recess, peeling out of their scarves and gloves, cheeks flushed and eyes wet from the cold. Making my way to the front of the classroom to start the next lesson, I decide to do what Trevor would do if here were still here: I give the cruel stranger from last night the benefit of the doubt.

And then I carry on with my day. 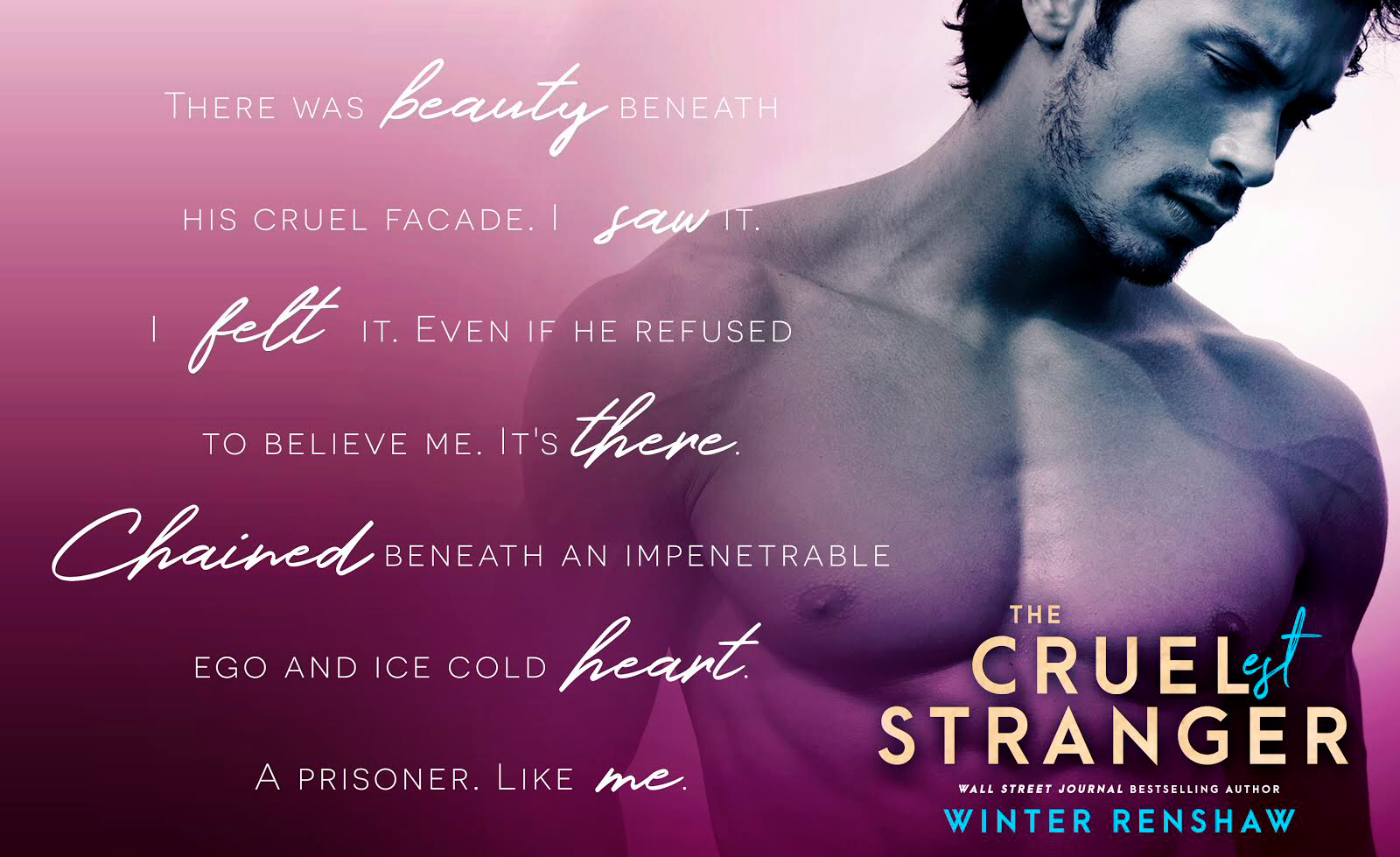