The Kingmaker, the first book in the addicting All The King’s Men Duet, from RITA ® Award-winning author Kennedy Ryan, is available now!

Kennedy Ryan delivers the epic first installment of the All the King’s Men Duet.

Raised to rule, bred to lead and weaned on a diet of ruthless ambition.

In a world of haves and have nots, my family has it all, and I want nothing to do with it.

My path takes me far from home and paints me as the black sheep. At odds with my father, I’m determined to build my own empire. I have rules, but Lennix Hunter is the exception to every one of them. From the moment we meet, something sparks between us. But my family stole from hers and my father is the man she hates most. I lied to have her, and will do anything to keep her. Though she tries to hate me, too, the inexorable pull between us will not be denied.

And neither will I.

Was the purpose of this book to ruin me? If so then it more than did it’s job.

I knew before going in that this book is going to hit me hard and I might not come out the same. As a PoC, this book affected me a lot. My heart hurt to read the injustices being carried out against the Native Americans.

Lennix is the love of my life and as God is my witness, I will see her get her HEA. NO MATTER WHAT! She has been through so much in her life but that has not dimmed her light. She knows what she wants and she fights for it with her her might. I adore her through through.

Maxim is The Rebel God. He fought for his morals and became the exceptional man that he is. I LOVE a man who fights for what is right and I specially love Maxim because of his morals and principles. WE STAN A WOKE KING! *chef’s kisses*

Lennix and Maxim’s instant connection is the stuff of dreams. I LIVE to read such passionate romances. No one is doing it like Kennedy Ryan. At this point, I am entirely in love with her and don’t know what to do with my abundant feelings. Kennedy Ryan has this amazing ability to make you feel each and every word that she write. Her words are always raw, real and hard – hitting.

That cliffhanger obviously has me in my feelings and I don’t know how to act anymore. Book 2 can’t come soon enough.

Be notified FIRST when The Rebel King goes live: http://bit.ly/2oRuDhf

The look he pours over me is hot oil, burning me even through serviceable layers of cotton. His heated perusal caresses my face, sluices over my breasts and hips, and then pools at my feet.

“Oh, that you won’t ever get again,” I say, my voice a soft, certain promise. “I don’t screw liars. I’m particular that way.”

“Never say never,” he drawls, tilting up my chin with his finger.

He crushes the word between our mouths. It falls apart in the scorching, sweet tangle of lips and teeth. With one hand, he digs his fingers into my hair. The other splays across my lower back, his grip on me almost convulsive, urging me up and closer. I’m in stasis. I’m completely startled by the kiss, unable to respond. I send a desperate message to my brain.

Move. Pull back. Push him away.

But the urgent glide of his hand down my spine to cup my ass melts my thoughts to liquid and they swim in my head. I can’t pull back, and all hope of resistance dissolves when he presses his thumb to my chin, prying me open. He stalks my tongue, hunts down a response, licking and sucking and groaning and growling. His hands tighten on me until I strain up to seek him, yanking his hair, pulling him even closer.

“Dammit, Nix,” he mutters between kisses. His hand wanders down my neck and across my shoulder, and cups my breast, twisting the nipple through flimsy barriers of cotton and lace. He shoves up my skirt, pulling my legs wider, and pushes my panties aside, his fingers invading me. My body remembers this mad craving that claws out of my bones—that wants out. That wants him. Under his rough touch, my body blooms and my hips rock.

“That’s it,” he says, taking my earlobe between his lips.

My head falls back and I moan. It’s so damn good. His touch awakens me. His hands, his kisses bring me to life. It feels like I’m taking my first deep breath since we were last together, and it fills my lungs, seeps into my pores.

“I missed you,” he says, sucking my lips and kissing the corners, quick, hungry. “I’m sorry. Baby, I—”

“Stop talking.” I reach between us to loosen his belt, catching his zipper and dragging it down, dragging him out. “Shut up.” 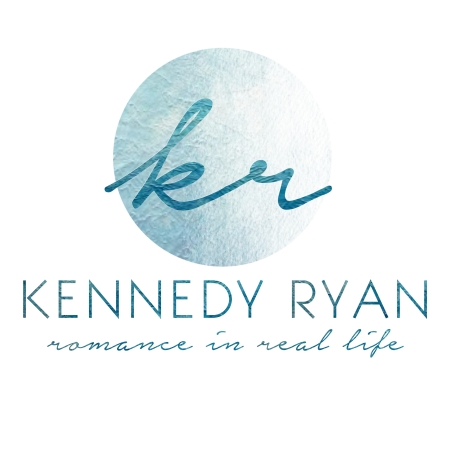 A RITA® Award Winner and Top 25 Amazon Bestseller, Kennedy Ryan writes for women from all walks of life, empowering them and placing them firmly at the center of each story and in charge of their own destinies. Her heroes respect, cherish and lose their minds for the women who capture their hearts.

She is a wife to her lifetime lover and mother to an extraordinary son. She has always leveraged her journalism background to write for charity and non-profit organizations, but enjoys writing to raise Autism awareness most. A contributor for Modern Mom Magazine, Kennedy’s writings have appeared in Chicken Soup for the Soul, USA Today and many others. The founder and executive director of a foundation serving Atlanta families living with Autism, she has appeared on Headline News, Montel Williams, NPR and other media outlets as an advocate for families living with autism.