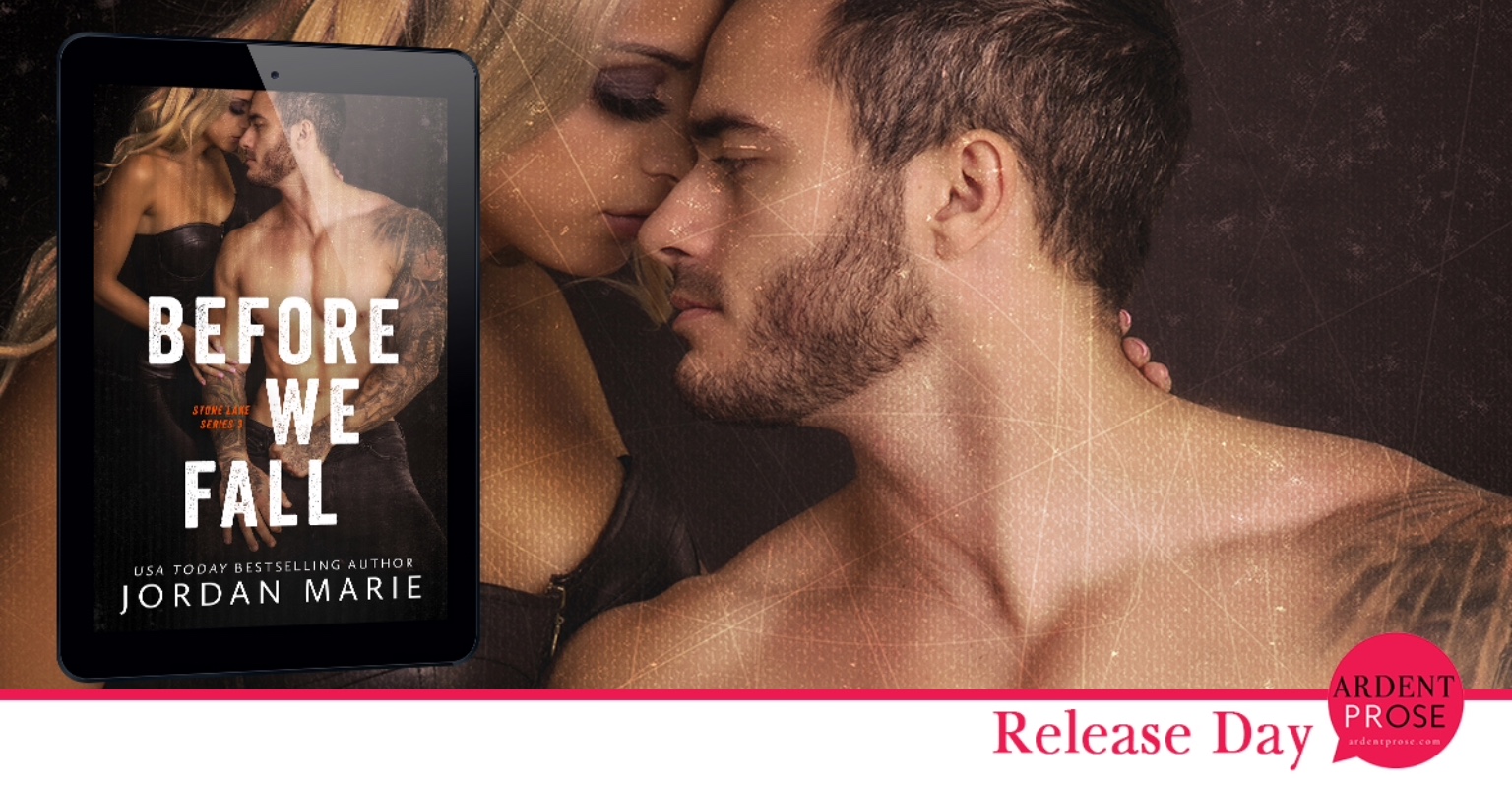 Before We Fall by  Jordan Marie is available now! 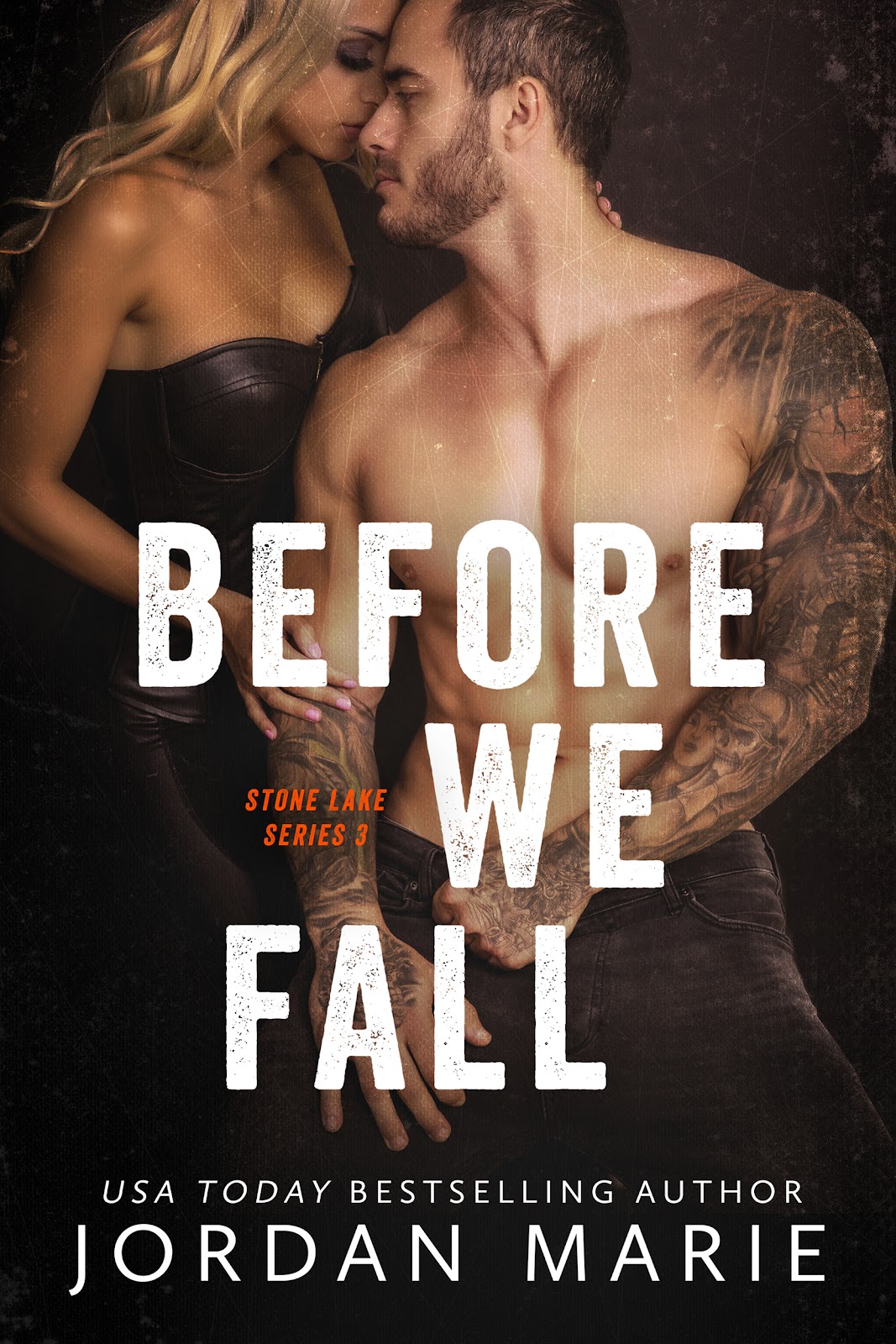 If it wasn’t for bad luck, I wouldn’t have any luck at all.
That saying is as old as the hills in Tennessee, where I used to live.

I’m a bad luck magnet, at least when it comes to men.
Moving to Stone Lake was supposed to be a fresh start.
Here, I was going to build a life I could be proud of. Finally put down roots and live quietly.
Be safe and happy.

It didn’t quite work out that way, but I’m stubborn and I’m not about to give up.
Ben Kingston was the first man to handle me with care.
He gave me a glimpse of something I desperately wanted.
And then, tore it away from me with the carelessness of one whispered word.

I don’t need a man to complete me.
In fact, I’ve had enough of them.
I’m okay with being single the rest of my life.
I’ll be just fine with my handy friend B.O.B.

Except Ben keeps coming around, tempting me and a girl can only take so much.
Ben’s out to prove I can trust him. I don’t trust any man, not anymore.

But my resolve weakens when he touches me, slides his hand down and proves buying stock in batteries might not be a good life plan.

Welcome back to the world of Stone Lake.
Junie and Ben have a bumpy start for sure, but when trouble comes knocking on Junie’s door, will she let Sheriff Kingston prove he won’t let her down again?

“I heard you bought this place. I guess that means you’re sticking around,” Ben says, once he shuts his bike down.

“I guess that’s what it means,” I respond, keeping any hurt or anger I might still feel out of my voice.

Never show weakness to those that hurt you, I can’t forget that rule.

“You’ve been dodging my calls, Junie.”

I look at Ben, his eyes hid from me by his sunglasses. I hate that he still looks so good. There should be a law that when a man hurts you he should turn ugly as a mud fence overnight.

“I’ve been calling you and you haven’t been answering,” he says, his arms crossed at his chest as he leans back on his bike.

“I know. But I haven’t been answering them, because I don’t have anything to say.”

“I’ve been trying to apologize, but every time I see you out, you disappear before I can talk to you.”

“Merely a coincidence,” I respond with a shrug.

“And the not answering my phone calls?”

“Sheriff, I appreciate the gesture and the messages, but honestly, we don’t have anything to say to one another.”

“June. My family call me Junie, Sheriff. You and I are just… acquaintances.”

“Damn it, I know I fucked up, but if you would just let me explain—”

“There’s nothing to explain. You and I are both broken. I just didn’t realize yours. You were trying to force yourself to heal with me, when the woman you really wanted was out of reach and I was just using you to try and not feel at all.”

“Is that the way you want to play this, Juniper?”

“I’m not playing anything, Sheriff. I’m just stating the facts.”

A QUIRKY WRITER GOING WHERE THE VOICES TAKE HER.
USA Today bestselling author Jordan Marie, is just a simple small town country girl who is haunted by Alpha Men who talk in her head 24 hours a day.

She currently has 14 books out including 2 that she wrote under the pen name Baylee Rose.

She likes to create a book that takes you on an emotional journey whether tears, laughter (or both) or just steamy hot fun (or all 3). She loves to connect with readers and interacting with them through social media, signings or even old fashioned email.