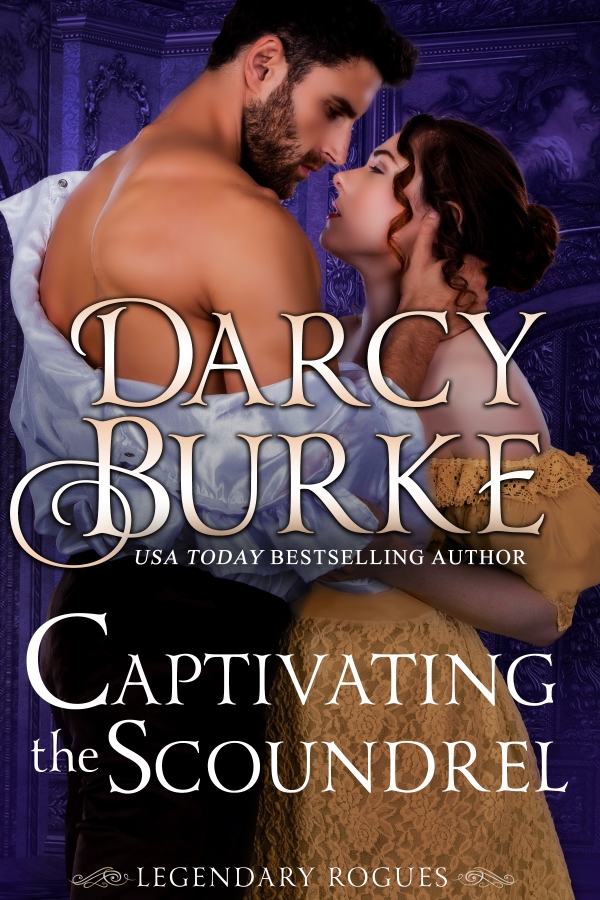 Daphne Foliot has always known she’ll be married off to a man who, like her, descended from one of King Arthur’s fabled knights. That doesn’t mean she wants to be, even if it is her beloved father’s wish. Raised without a mother, she owes everything to the man who encouraged and funded her education and supports her dream of becoming the first female member of the Order of the Round Table. But when she suspects her chosen husband is a traitor to the Order, she plans to expose his treachery, regardless of their extraordinary mutual attraction.

Heir to the thirteen treasures of Britain, Gideon Kersey vows to do anything to protect his family’s legacy from a secret society bent on exploiting the items for personal gain, including marry a woman he doesn’t love. Except she ignites a passion he was certain died with his first wife, and when the truth behind the Order’s objectives threatens everything Daphne knows, Gideon must fight to save her—and any future they hope to share.

Daphne Foliot always knew she’d have to marry the man her father chose for her. She never imagined to be in the center of a conspiracy that’ll rock her entire World.

Forced to chose between her future husband and her father, Daphne’s life is about to be upended like she never would have imagined.

I am in absolute awe of this story. Gideon and Daphne stole all of my heart and then some.

Gideon is the man of my dreams. He just wants to do good but also knows sometimes who have to pretend to be a crook in order to beat the actual crooks. He’s just such a badass. I also constantly swooned at him falling for Daphne. It was an utter delight to read. He’s the best kind of soul and like legit magical.

Daphne, my sweet summer child. She is naive but she’s far from stupid. Also, she could take over this world if she wanted to and I’d gladly follow her. She was THE PERFECT match for Gideon and man their chemistry blew me away.

I actually really REALLY love this story. It has action, adventure, magic and my favourite myths of all, King Arthur. This book was such a delight to read. I am just blown away to the max.

Daphne took the opportunity to peruse the bookshelves in case something spectacular leapt out at her—such as the name Anarawd. As if Bowen would keep such a valuable item out in the open or that it would be so clearly labeled.

Instead, what leapt at her was the stoic Earl of Stratton. Well, not leapt, precisely, but he did approach her. “You look as though you’d like to spend the next week in here with Rhys’s books.”

She pivoted toward him. “I would, in fact. I see your interest is similar.” She inclined her head toward the book in his hand. His forefinger was inserted between the pages to keep his place. “What are you reading?”

“Is that like Cate’s ‘old sword’?” The words fell out of her mouth before she could censor herself. “Pardon me,” she murmured, turning from him and edging away along the bookshelf.

“Are you suggesting this book and Cate’s artifact are more than what we say?”

She shrugged. “I find with antiquarians, you can never be quite certain they speak the truth.” She cast him a cautious look, thinking she should probably stop talking entirely. Better still, she should take her leave before she said something truly regretful.

He surprised her by chuckling. “You are, of course, correct. But this really is just an old poem.” He opened the tome and showed it to her. It was written in Middle English.

“‘Pierce the Ploughman’s Crede,’” she said, recognizing the lines.

“Very good. Tell me, if I pull a random text from the shelf and read a few lines, will you be able to guess what it is?”

That sounded like a terribly fun game. And she wanted to play it—with him. Her heart picked up speed. “Probably.”

Darcy Burke is the USA Today Bestselling Author of sexy, emotional historical and contemporary romance. Darcy wrote her first book at age 11, a happily ever after about a swan addicted to magic and the female swan who loved him, with exceedingly poor illustrations. Join her reader club at http://www.darcyburke.com/readerclub. A native Oregonian, Darcy lives on the edge of wine country with her guitar-strumming husband, their two hilarious kids who seem to have inherited the writing gene, two Bengal cats and a third cat named after a fruit.