A Nordic King by Karina Halle

When I first applied for the job I thought it would be like all the others: working as a nanny for an aristocratic family.

Then I got the job and found out how wrong I was.

Now I’m the new nanny for two adorable little girls who happen to be princesses.

Their father is the widowed King of Denmark.

And my new home? The royal palace in Copenhagen.

Adjusting to my new life isn’t easy but the hardest part hasn’t been the girls who still grieve over the loss of their mother.

Cold, mysterious and moody, with an icy stare that seems to penetrate your soul, King Aksel may have hired me to take care of his daughters but he wants as little to do with me as possible.

Yet the longer I share these palace walls with this man, the more that I’m drawn to him. His chiseled face and sexual swagger are only part of the package. It’s in the long, intense glances at the dinner table, the way we’ll brush up against each other in the halls, the rare glimpses of the man deep inside, like the sun passing through clouds.

But no matter how I feel about him, we can never be together.

You think it’s bad enough being in love with your boss?

Try falling in love with a king. 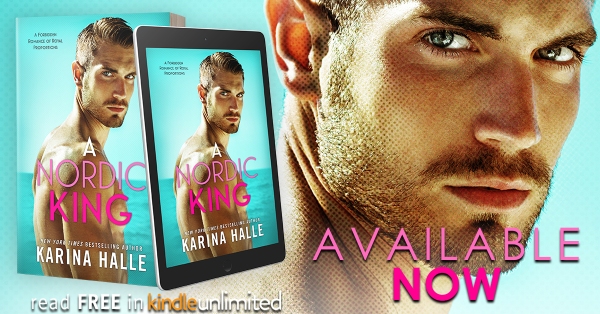 King Aksel has suffered tragedy after tragedy, the latest being the death of his wife. He feels lost and helpless and as a father and a King, he needs all the help he can get.

In comes, Aurora an Australian nanny tasked with taking care of the royal kids. But one look at her and Aksel is done for. He can’t believe the inappropriate thoughts running through his mind so he lashes out. Aurora is not one to give up easily or let anyone trample on her respect. She gives back as good as she gets even if it’s a damn King.

The more time they spend in proximity, the more they grow closer. They know being together is impossible that it’ll bring too many problems. But stopping as never been more difficult.

Okay, so this was my first ever Karina Halle book and man I loved it. This story was pretty enticing and you know I love for forbidden and angst.

I LOVED Aksel and his entire grumpy routine. There is just something about a stoic man that wants you to let him ruin your life. 10/10 would ask Aksel to wreck havoc on me. But, I also truly adored him when he came out of his shell and started opening up to Aurora and his babies. I love a single dad and this man outright adored his daughters. Also, King Aksel is nasty and I AM HERE FOR IT.

Aurora is such a ball of sunshine and happiness. I would totally have been annoyed with her if she was a real person but I loved her in the story.

I really enjoyed how Aksel and Aurora’s dynamic developed. I wish there was more conflict and angst and more of them falling madly in love. 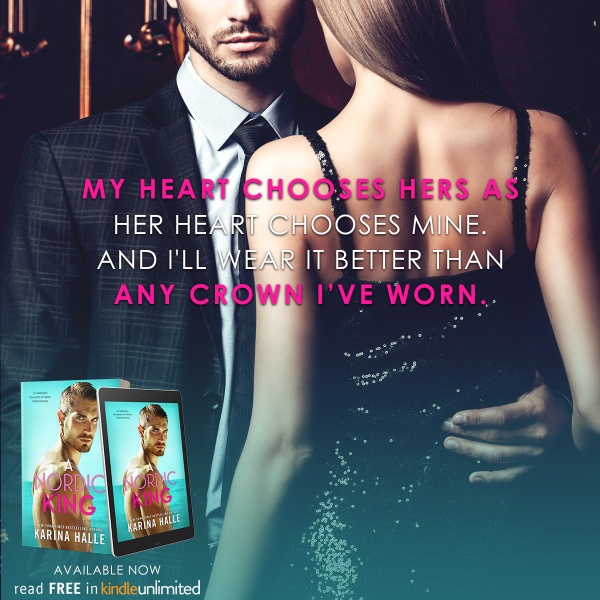 Karina Halle is a former travel writer and music journalist and The New York Times, Wall Street Journal and USA Today bestselling author of The Pact, Love, in English, The Artists Trilogy, Dirty Angels and over 20 other wild and romantic reads. She lives on an island off the coast of British Columbia with her husband and her rescue pup, where she drinks a lot of wine, hikes a lot of trails and devours a lot of books.

Halle is represented by the Root Literary and is both self-published and published by Simon & Schuster and Hachette in North America and in the UK.