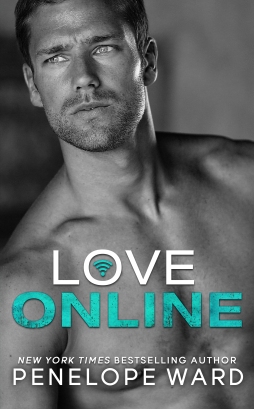 We met in the least likely of places. It started out innocently enough. I was “ScreenGod” and she was “Montana,” but of course, those weren’t our actual names, just the virtual cloaks we hid behind.

Logging in at night and talking to her was my escape—my sanctuary.

Her real name was Eden, I’d soon come to find out.

From the first time we connected online, I found myself transfixed.

She was an addiction.

At first, we knew nothing about each other’s real identities…and she was adamant that we keep things that way. Anonymity had no effect on our unstoppable chemistry, though. If anything, it allowed us to open up even more in ways we may not have otherwise.

Eden was funny, intelligent, gorgeous—everything I’d ever wanted in a woman.

But I couldn’t really have her.

I had accepted things would have to stay the way they were—until the day I found a clue that led me straight to her.

So I took a chance.

And that was when our love story really began.

Sign up to be alerted when it goes live on Amazon HERE! 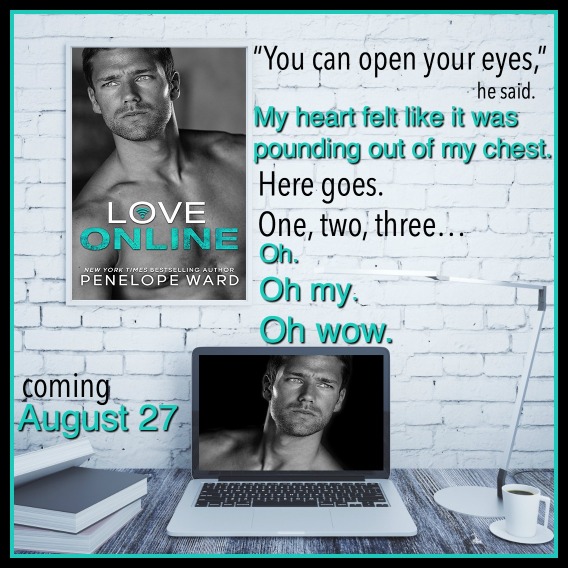 Needing a few seconds to prepare, I closed my eyes the moment I knew he was about to turn on the camera.

I don’t know why I was so afraid to see him. Maybe I was worried his looks would somehow change the way I viewed him. I hated that I’d even had that thought. I didn’t want to be unattracted to him physically because I was so very drawn to him in every other way. Shouldn’t those be the ways that mattered? I was scared I would somehow feel differently about him, and he deserved better than to be judged on his physical appearance.

“You can open your eyes,” he said.

My heart felt like it was pounding out of my chest.

When I saw him right in front of me, my mouth fell open.

Big, glowing eyes. Perfect nose. Stubbled, angular jaw. Full lips. Strong arms. I just kept blinking because I couldn’t believe my eyes. He looked like a model or a movie star. A rush of insecurity hit me.

Is this a joke?

It was really him.

The lust consuming me made me feel almost guilty. But I was so damn relieved that he was truly as beautiful on the outside as I believed him to be on the inside. He was almost too beautiful, if there were such a thing.

He looked nothing like the vague image I’d formed in my head, which was sort of like a silhouette without a clear face but with a brown beard, kind of like a hipster. Not sure why I’d pictured him like that. It was kind of funny how off base I was. This was not what I’d been expecting. Because how could someone so thoughtful, attentive, creative, and considerate be so strikingly handsome that he made me speechless? And it was clear now that his sexy voice absolutely fit him.

“Oh shit.” He laughed. “What are you thinking?”

“No. No, no, no. Nothing bad at all. I just don’t even know how to articulate it. You’re…beautiful, Ryder. Absolutely beautiful.”

He let out a breath. “And you’re…handsome, Eden. Very handsome.” His impish grin was so sexy.

I chuckled. “I know beautiful is an odd term for a man, but you are. All this time you’ve been hiding from me when you’re drop-dead gorgeous. Why?”

“You really did think I was ashamed of my looks, huh?”

“Well, I’d be lying if I said that didn’t cross my mind. I wondered if there was something you were self-conscious about. That always made me a little sad. But it never mattered to me, because I’ve been connecting with you on a deeper level.”

“I think that’s exactly why I didn’t want to change things,” he said. “Why fix something if it ain’t broken?” When I fell silent, he asked, “What are you thinking?”

A nervous energy overtook me. “Nothing. I’m…still just taking you in.”

“Okay. Let me know when you’re done so I can stop sucking in my abs.”