Ten years after Simone Payton broke his heart, all Roscoe Winston wants is a doughnut. He’d also like to forget her entirely, but that’s never going to happen. Roscoe remembers everything—every look, every word, every single unrequited second—and the last thing he needs is another memory of Simone.

Unfortunately, after one chance encounter, Simone keeps popping up everywhere he happens to be . . .

Ten years after Roscoe Winston dropped out of her life, all Simone Payton wants is to exploit him. She’d also like some answers from her former best friend about why he ghosted her, but if she never gets those answers, that’s a-okay. Simone let go of the past a long time ago. Seriously, she has. She totally, totally has. She is definitely not still thinking about Roscoe. Nope. She’s more than happy to forget he exists.

But first, she needs just one teeny-tiny favor . . .

Dr. Strange Beard is a full-length romantic comedy novel, can be read as a stand-alone, and is the fifth book in the USA TODAY bestselling Winston Brothers series. 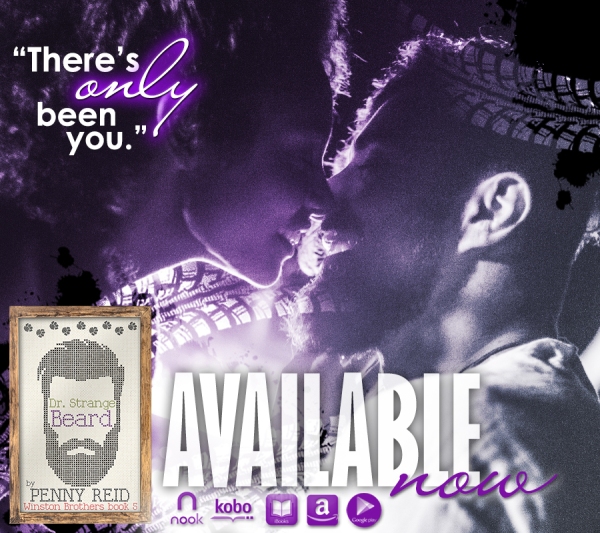 WHY IS THIS BOOK ALL OF MY HEART???

Roscoe has even successful in avoid Simone for ten years. After she broke his heart, he did everything to erase memories of her. But one look at her and they all come rushing back. Suddenly, the more he tries to avoid her the more she is in his way and Roscoe is beyond baffled.

Simone clearly remembers how Roscoe threw her away for the popular crown and she is absolutely over it. 100% for sure over it. Then why does looking at him hurt? Why does his silence invoke feelings and pangs inside of her? Too bad he’s the only one who can help her.

My life is of the Winstons, by the Winstons and for the Winstons. They have become like my family and these updates about them are what keep me sane. I fall more and more in love with every subsequent book. I JUST NEED THEM SO MUCH.

Roscoe and Simone stole all of my heart and it didn’t even take them more than 10 minutes. They are very different but the love that they have for each other is just so pure and sweet and heart-warming.

This story set up plots for so many mind blowing events that I was crazy hyperventilating. It’s fraking amazing how Penny’s mind work. It’s borderline evil genius. The story was sweet, swoony, heart-felt and just so damn beautiful. I AM UTTERLY IN LOVE! *broken sobs*

I’ll admit while reading my thoughts kept going to Billy and how he’s still waiting for his HEA. I’m ready to put my life on hold if that would help Penny Reid write faster. I just want that man to have all the happiness in the World and I want him to have it all now. That’s not too much to ask.

“Simone, this is not one of our adventures from when we were kids. This is not finding Blithe Tanner’s cat. These men are murderers, drug dealers, thieves.”

“I know.” Boy oh boy, did I know. I didn’t want to be here anymore than he did. I was frightened. Yet allowing Roscoe to be taken on his own hadn’t been an option. “I can handle myself, and I can provide backup for you, if you need it.”

Roscoe gripped my shoulders. “Nothing can happen to you, do you understand?” His words were emphatic, his gaze disoriented, desolate, frantic. “If anything happens to you, I’ll . . .” He swallowed, apparently unable to finish the sentence.

My heart twisted to see him like this. I wished there were some way to show him what I could do, what I was capable of, so he would stop seeing me as a liability.

Well, why can’t you?

Now there was a thought.

Stepping out of his grip, I walked backward to the other side of the room and took a deep breath. “Okay. Come at me.”

“Come at me, bro.” I did that little movement with my fingers, my palm turned upwards. “Come at me or I’ll start singing again.”

Moving quickly forward, staying light on my feet, I faked right and then went left, hooking him behind the back of his leg, catching his arm to twist behind his back, and sending him to the ground—face-first—with a thud.

I winced as he grunted, my knee at the base of his spine, his arm restrained behind his back. “Sorry! But you wouldn’t listen to me.” Leaning forward, I whispered in his ear, “Are you okay? Did I hurt you?”

Roscoe’s back and shoulders rose and fell with an expansive breath, like he was about to respond, but in the next moment he’d spun his legs to the right, leveraged my knee on his back to throw me off-balance, and slipped his wrist from my hold.

In my defense, my grip had been lax as I was purposefully trying not to injure him.

The next thing I knew, Roscoe had me pinned to the ground, air knocked out of me, him hovering above, and my gun digging into my ribs beneath my shirt. He’d been careful to subdue my legs, likely so he wouldn’t end up with a bruised ballsack.

His stare more probing than angry—which I took as a good sign—he said, “I didn’t teach you that. Where’d you learn that?”

Even though I was still coughing, I smiled and rasped, “Since college, take judo.”

He nodded faintly, his eyes moving between mine, looking concerned. “Are you okay? Did I hurt you?”

“No.” Endeavoring to catch my breath, I said, “I took it easy on you because I didn’t want to hurt you either, but I’m an asset, not a liability.”

“You’re definitely an asset.” Roscoe frowned, his gaze dropping to my mouth. “And a distraction,” he said, his voice rough.

“I’m a distraction?” I asked, my words still breathy.

I bucked, but he held me fast.

“Yes. . .” His stare turned inward. “You are most definitely a distraction.”

Even though I’d had plenty of time to recover and we’d been holding still for close to a minute, I was still breathing hard. This might have been because of my lingering irritation. Or, maybe it was because the length of Roscoe’s lean body was lying on mine. He held my hands on either side of my head, our faces even, his mouth just inches away.

Was it insane that I hoped he kissed me?

Let’s go with no.

He gave me his eyes again and I saw something there, a battle. He looked undecided, at war with himself, straining against something I couldn’t see.

Roscoe closed his eyes, and I thought he was going to let me go, but in the next second his lips descended, capturing my mouth in a tender kiss.

I kissed him back.

That’s what one does when Roscoe Winston kisses one. Moan and kiss. Repeat. Because not doing so would be a travesty.

His hold on my hands slacked, his fingers seeking and threading with mine. He settled his hips between my legs, his form relaxing. The weight of him was different now, warmer somehow. At least I felt warm. I also felt cherished as his tongue sought mine, again tenderly, stroking, causing my abdomen to twist and tighten into delicious knots.

He broke the kiss and a protest died on my lips as his mouth trailed down my jaw to the sensitive skin of my neck, sucking, licking, savoring me. What had felt warm and cherishing heated, and my hips tilted reflexively as he nibbled on my ear, cradling his rapidly growing erection.

We both gasped as his hips rocked in an answering yet inelegant movement. It felt perfect and essential in the moment.

“Oh God.” His hot breath spilled against my jaw, a ragged sigh. “What are we doing?” 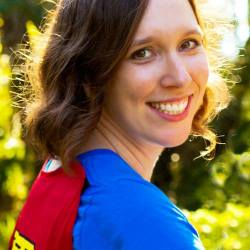