BUCKLED, book 2 in the TRAILS OF SIN series by Pam Godwin is available now!

I protect what’s mine.
The ranch, my family, our buried secrets.

Nothing will stop me from reassembling the life that went terribly wrong.
Not the law.
Not our enemies.
Not even Maybe Quinn.

The gorgeous, quarrelsome journalist shouldn’t have meddled.
I shouldn’t have let her stay.
But she’s hiding something in those deceptive blue eyes.
Something deeper than her thirst for a news story.

I make a deal with her to buy time.
To unravel her lies. To play with her. To satisfy my darker appetites.
When she buckles beneath my belt, I’ll send her away.
Unless I buckle first.

Jarret committed many sins to avenge the wrong done to his brother Jake and his friend Connor. He pledged to destroy anyone who threatens his family and fulfills every promise. The a feisty reporter lurks near his home, his people and he’s forced to take action. Everything about her makes him lose control and he wants nothing more than to have her under him writhing, begging, submitting. Jarret knows Maybe is hiding too many secrets. Secrets that just might rival his own. Secrets that could destroy them both.

I liked and respected the hell out of Jarret in Knotted but GODDAMNIT I fell in love with him after Buckled. I just knew he’d make my heart hurt with happiness and he did just that. He was so damn swoony and I can’t even talk about his alpha side without hyperventilating. These damn cowbuys love with each and every molecule it their body and it shows. It shows so loudly that you cannot be oblivious to it. I love how these men express their love. It’s the purest, rawest form of love and just urgh I WANT IT!!

I actually really loved Maybe’s character until that certain point where everything fell apart but it was just a mild annoyance because I wanted them both to just be happy and make babies. I think she was perfect for Jarret and the way she accepts his family made me respect her so hard. Also, she turned out to be a freaking badass so obviously I loved the eff out of her.

This story was so fast paced and absolutely thrilling. I admit all the secrets and pain made me want to rip my heart out but we all know it’s not Pam Godwin book without pain and tears.

I am just here waiting with baited breath for Lorne’s book because I know it will be more heart breaking than anything I’ve ever read. Also, 99% sure Lorne is a delicious mofo. 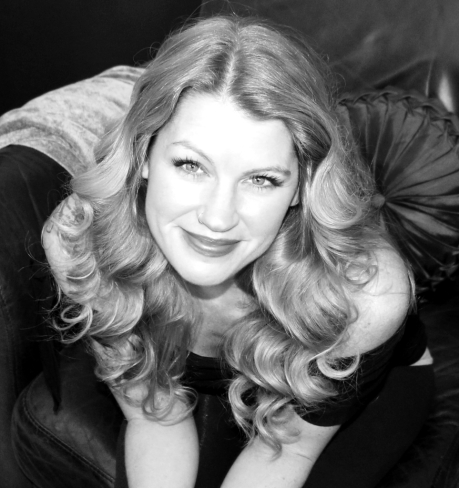 New York Times and USA Today Bestselling author, Pam Godwin, lives in the Midwest with her husband, their two children, and a foulmouthed parrot. When she ran away, she traveled fourteen countries across five continents, attended three universities, and married the vocalist of her favorite rock band.
.
Java, tobacco, and dark romance novels are her favorite indulgences, and might be considered more unhealthy than her aversion to sleeping, eating meat, and dolls with blinking eyes.