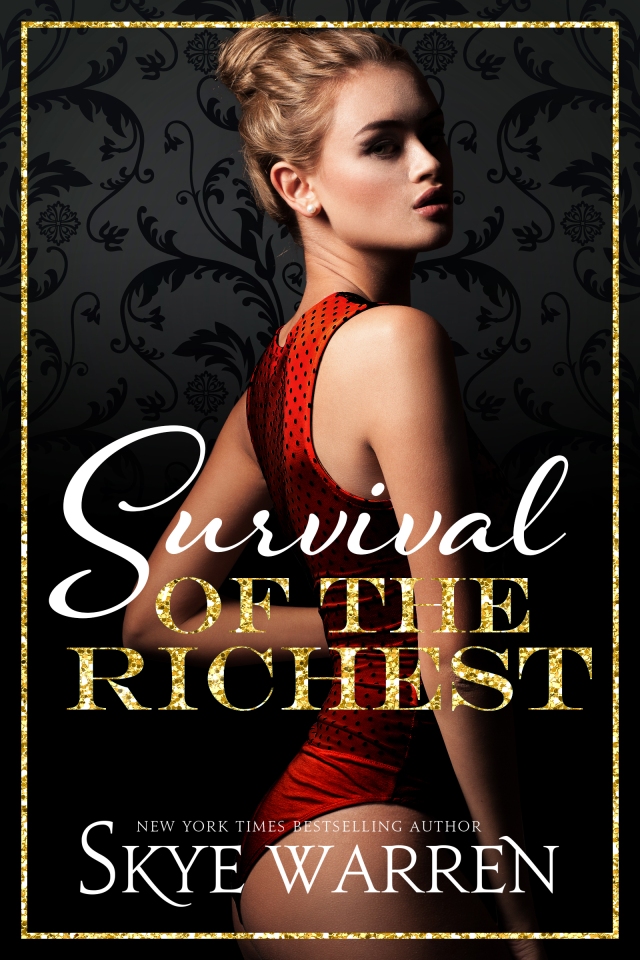 My story starts with a plunge into the cold water of Manhattan’s harbor. A strong hand hauls me back onto the deck of the luxury yacht. Christopher was supposed to be my enemy, the son of my mother’s latest husband. Instead he protects me with fierce determination when I need him most.

This tale begins with a fall, but it doesn’t end there.

Because another man wants me.

Sutton wants to consume me with a passion more feral than kind. In the lush emotional wilderness I’m not sure I want Christopher to save me this time…

Or if there will be anything left if he tries.

SURVIVAL OF THE RICHEST is a book about finding your soul’s desire, even if the search leads you places you never expect. A woman torn between two men. An impossible choice. And a war fought on the most dangerous battlefield–the heart. 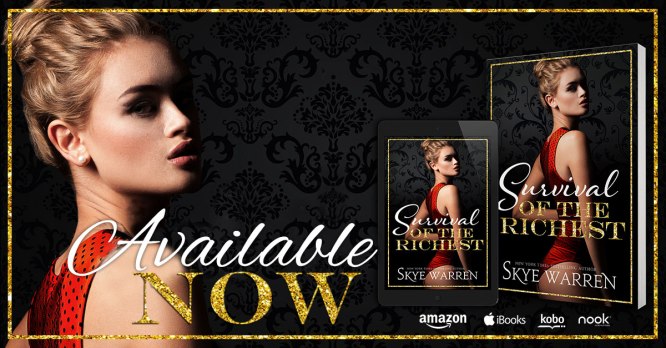 Um???? I was sitting here sorting my life for this book and it betrayed me and just ended.

Harper’s heart has always belonged to Christian but he’s never reciprocated her feelings. In fact his entire existence is dedicated to aggravate her to the point of hate. But she can’t stop her heart from racing whenever he looks at her.

Sutton is a force to be reckoned with. He gets one look at Harper and decided he wants her for himself childhood love me damned. He’s ready to go to every length to make sure no one comes in between them. And Harper is realizing that maybe Sutton might be able to fill the Christian shaped hole in her.

But love is not easy, especially not when three hearts and excruciatingly tangled like their are. One woman, two men and a war so fierce it might not have any survivors.

Y’all this book just killed me in 17 different ways. I was rooting for Christian, then Sutton then again Christian and then for them both. MY HEART CAN’T TAKE IT. You think you can take one guys side but then you’ll realize it’s not that bloody easy. Their relationship is so intricate so complicated no one person is wrong or right. I just want all of them to love each other. Is it too much to ask? *ugly sobbing*

I cannot wait for the next book because HOLY MOTHER it’s going to be angsty af. 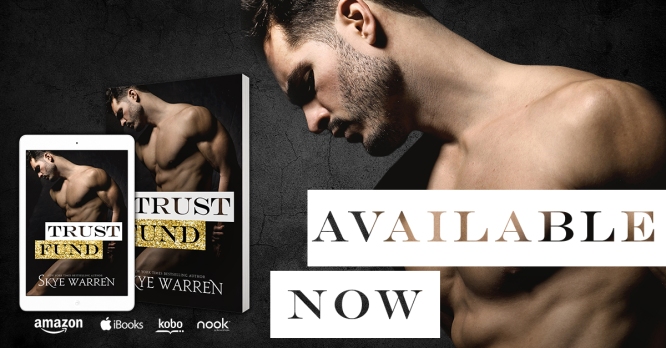 My body heats at the words, at the remembered pleasure of Sutton’s mouth on my sex. Christopher looks down at me, as if he can feel the heat emanating from between my legs. His expression turns stark, as if he’s in pain. That’s only fair, because I’m in pain too.

“He gives me what I want, which is something you might try next time you like a girl.”

“No?” I step forward and place a hand on his chest, feeling the way his heart beats strong and fast. He may want to be unaffected by me, but he isn’t. I tilt my face up toward him.“You didn’t imagine me naked in the cabin later?”

He sucks in a breath.“You were too young then.”

My words come out as a whisper.“What about now? Will you do what Sutton said—imagine me in this dress when you go home after this?”

“It’s not fucking decent,” he says, even though the silk covers every part of me. It’s a perfectly respectable dress, when it’s not hitched up around my waist.

“You can thank Sutton for this,” I say, because it’s true. He’s the only reason I lean forward and place my lips against Christopher’s, touching them in some terrible attempt to show him what he gave up, to prove to myself that I don’t care about either of them.

Christopher sucks in a breath. For a second I think he’s going to pull away. He stiffens and grasps my hair with his fist. Easy enough for him to stop the kiss. Instead he dips my head back and deepens it, exploring my mouth with his teeth, his tongue. Opening me wider until I whimper. Pulling me close until I can feel how hard he is beneath his slacks.

His other hand fists in the gauze of my dress, and I realize he’s holding me with both hands clenched—one in my hair and one in my clothes. I don’t know whether he’s doing it so he doesn’t have to touch me or because it’s a way to control me without bruising me. He uses both hands to tug me closer; I’m pressed so tightly I can’t imagine getting away.

Where Sutton had been raw sensuality and playfulness, Christopher is pure determination. He kisses me like he’s a conquering army, like I’m made of gold he has to grasp—or lose forever.

Skye Warren is the New York Times bestselling author of dangerous romance such as the Endgame trilogy. Her books have been featured in Jezebel, Buzzfeed, USA Today Happily Ever After, Glamour, and Elle Magazine. She makes her home in Texas with her loving family, sweet dogs, and evil cat.