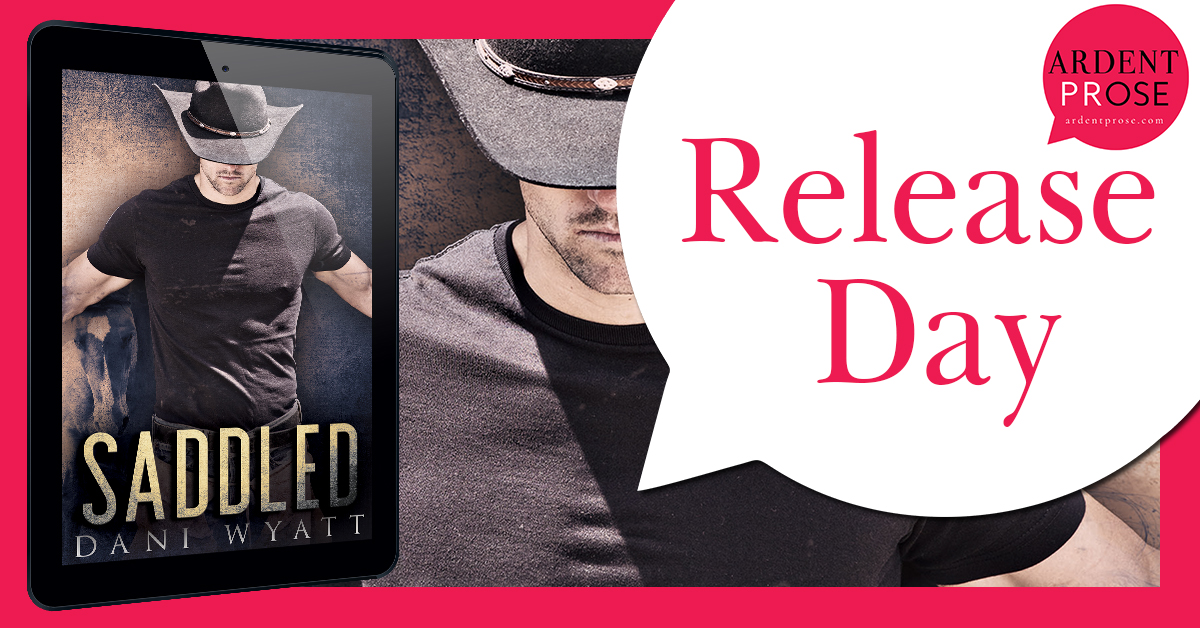 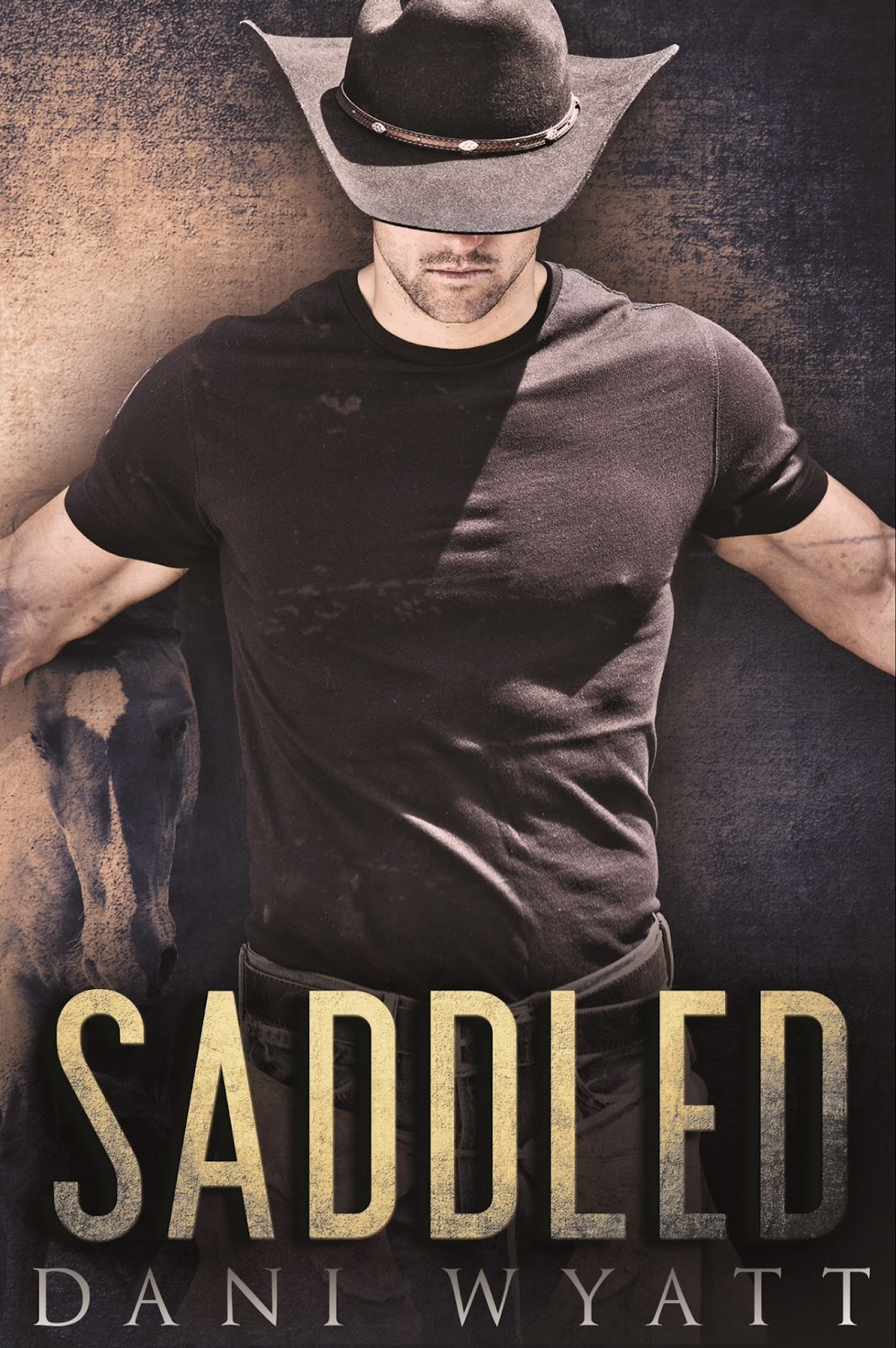 Is it possible to fall in love at the sight of a wisp of jet black hair swirling out an open window of a pickup? In a thousand lifetimes, I would have said, ‘Hell no’. But today I learned not only is it possible, it’s fucking happening. To me. I’d all but given up on love but apparently, it hadn’t given up on me.

When Maria Garcia McGowan stepped out of that truck, her sweet scent hit me and this cowboy was done for. None too happy to be stuck in a cow poke town like Cooper’s Mill, a brainy beauty like her will take some convincing to stick around. Even if I have to tie her to the bedpost, I’m not letting her get away. She’s mine.

I’ve tamed more than my fair share of mustangs, and this sweet filly is about to be lassoed. Except, small town gossip and jealousy have a way of poking their nose into even the sweetest of happy endings.

**Author Note: It takes some angry turkeys and a heck of a storm, but these two lovebirds will have you reaching for a paper fan and sucking on an ice cube to cool things off. A hunky cowboy and a whip smart city girl are just the ticket for this safe, steamy and oh-so-happily-ever-after book with everything you expect from Dani Wyatt. 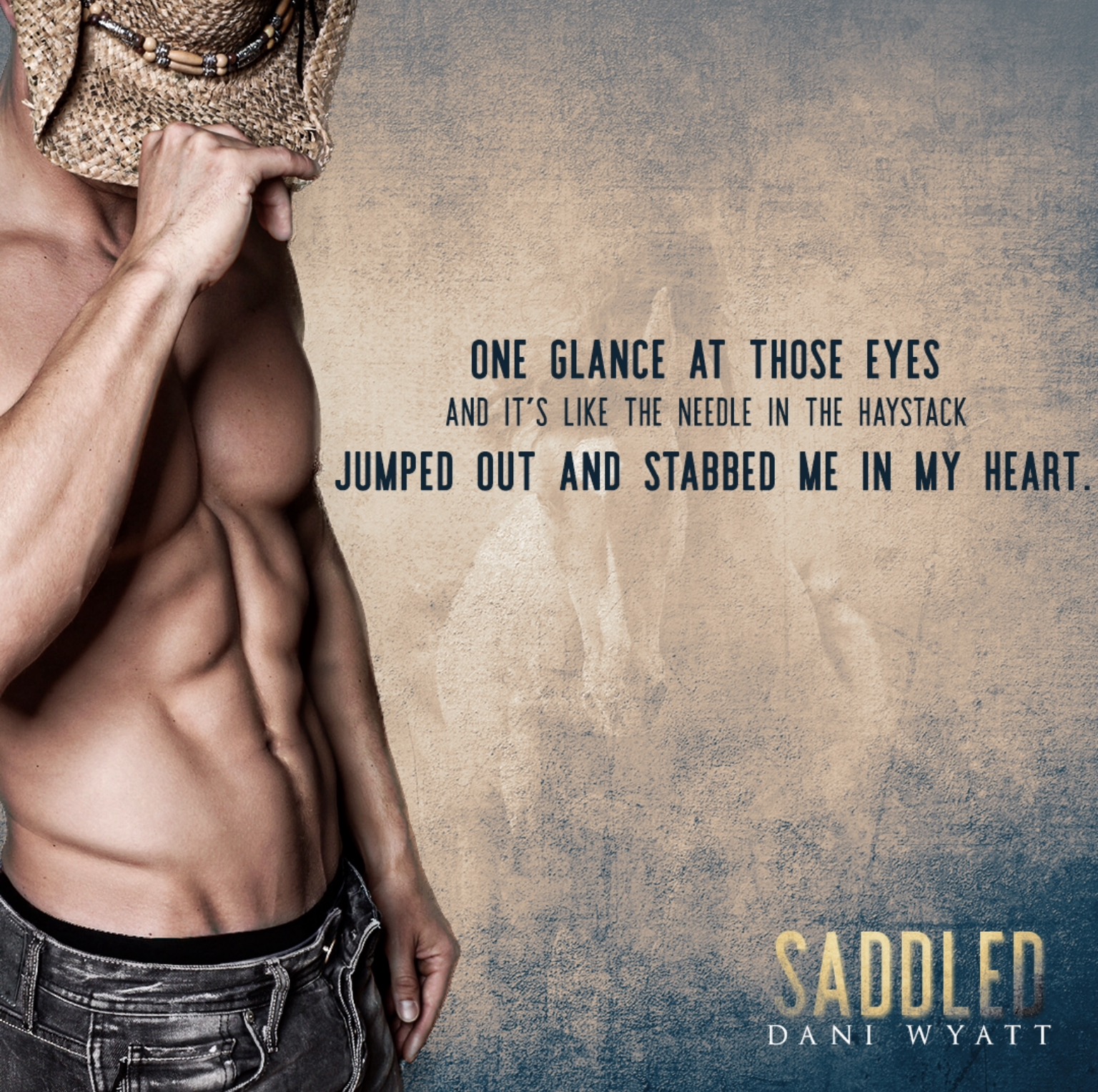 I reach up to the nail where my black Stetson is hanging and retrieve it, putting it in its usual place on my head. Then I take a moment longer than most folks would find necessary to adjust it back and forth, finding just the right spot, exactly where it should be. For me, there’s only one perfect place where my hat will sit, and I can’t relax until it’s in place.

The next breeze makes me stop. The hairs on the back of my neck prickle and stand on end.

I stare at the truck as it turns in a wide circle and backs in with the trailer settling by the pile of hay, Reggie flagging him in from behind.

I stand, arms crossed, and I don’t fucking get it, but my heart clicks in my chest. There’s something besides the hay scent on that breeze, and with the next summer gust, I blink and focus, my eyes zeroing in on the passenger seat of the truck.

Another arm hangs out that window, as well as a tendril of the shiniest black hair I’ve ever seen. It’s spinning in the wind around a bare shoulder. A feminine shoulder. Skin the color of sweet tea, and I see a rainbow-colored beaded bracelet on a tiny wrist.

As the truck backs slowly into place, I grunt out a few expletives. Her hair whips around, and she leans out the window to look back toward Reggie. From my vantage point, I can see green eyes and a face that even my uncultured ass knows deserves to be painted in oil, framed, and hanging in the Louvre.

My blood turns hot, rushing south and filling the length of my dick in a heartbeat.

In a blink, I’m swinging my body out the open hay loft, three stories up, and half sliding down the old ladder strapped to the red exterior of the barn. I can’t remember the last time I used this ladder—it’s not the sturdiest and it probably isn’t used to bearing a weight like mine—but it’s the fastest way down, and that’s what counts right now.

The truck’s engine cuts out, and the driver’s side door squeaks a little on its hinges as McGowan slides out. Then the other door opens, and I’m not sure why, but I’m getting angry. Knowing Reggie is down there, closer to her than I am right now and getting the first look…

I’m ready to set him on his ass.

She’s tiny. But full and lush in all the right places. At just the glimpse of her from the back, I’m mesmerized. I can’t stop taking inventory of each inch. The light pink of her bra strap is that hanging down onto her upper arm, under her dress sleeve. The braided red thread tied around her left ankle. The simple white sneakers on her small feet that look brand-new. The way her ass is filling out the fabric of her little floral dress. The hem skirting just at mid-thigh.

All of the sudden, I couldn’t be happier I’ve not been with a woman in years. Strange fucking thought, but everything feels amplified right now. One glance at those eyes and it’s like the needle in the haystack jumped out and stabbed me in my heart. 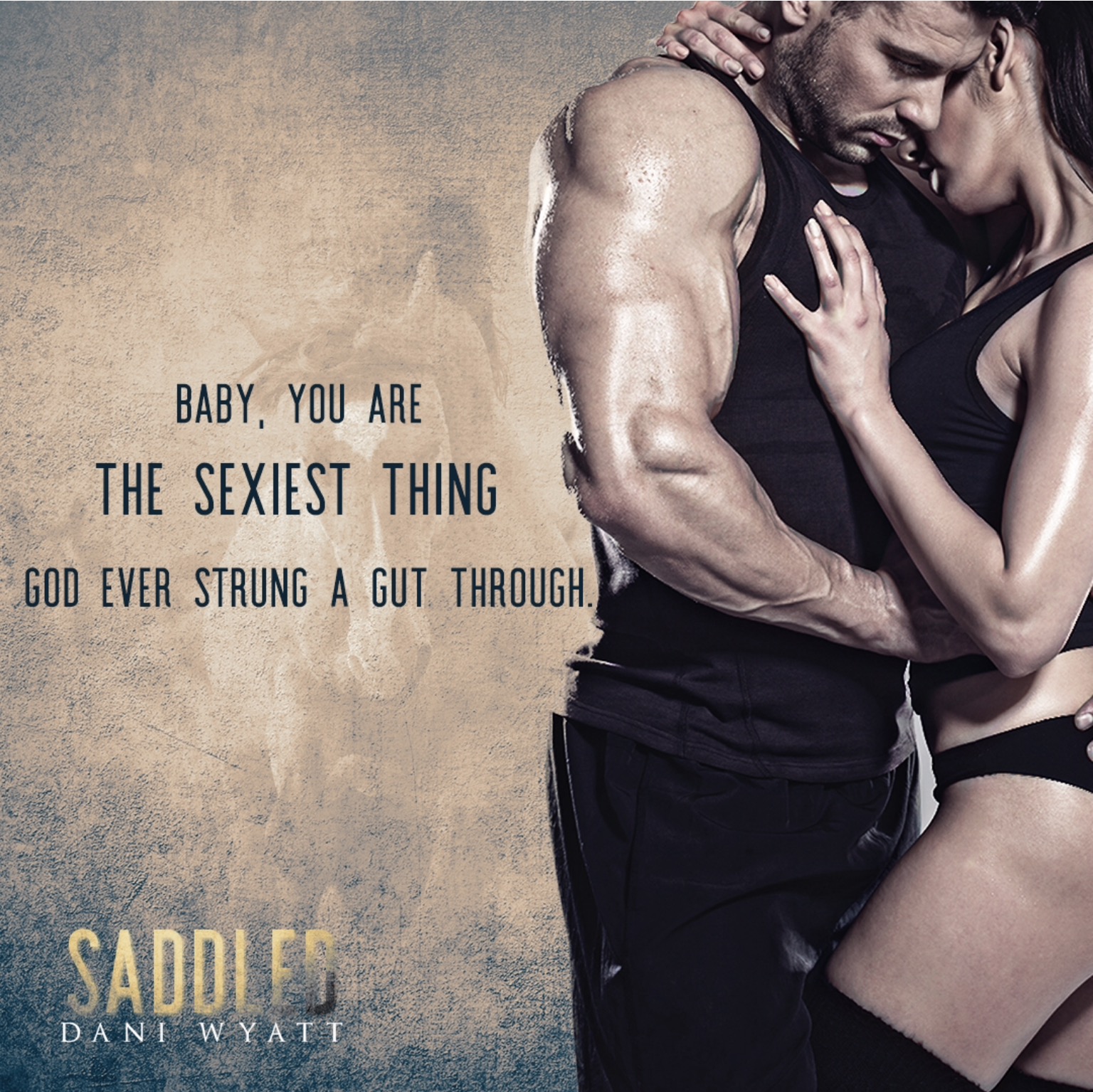 She’s a 40 something regular lady who just happens to love badass alpha males who pull your hair and love their women with a lethal passion.

When she’s not writing (which is not often) she is probably laughing about some irony (like A-1 Steak Sauce is vegan), riding her horse, wondering why The Walking Dead can’t have a new episode every night, or looking cross-eyed at some piece of technology sent to ruin her day. 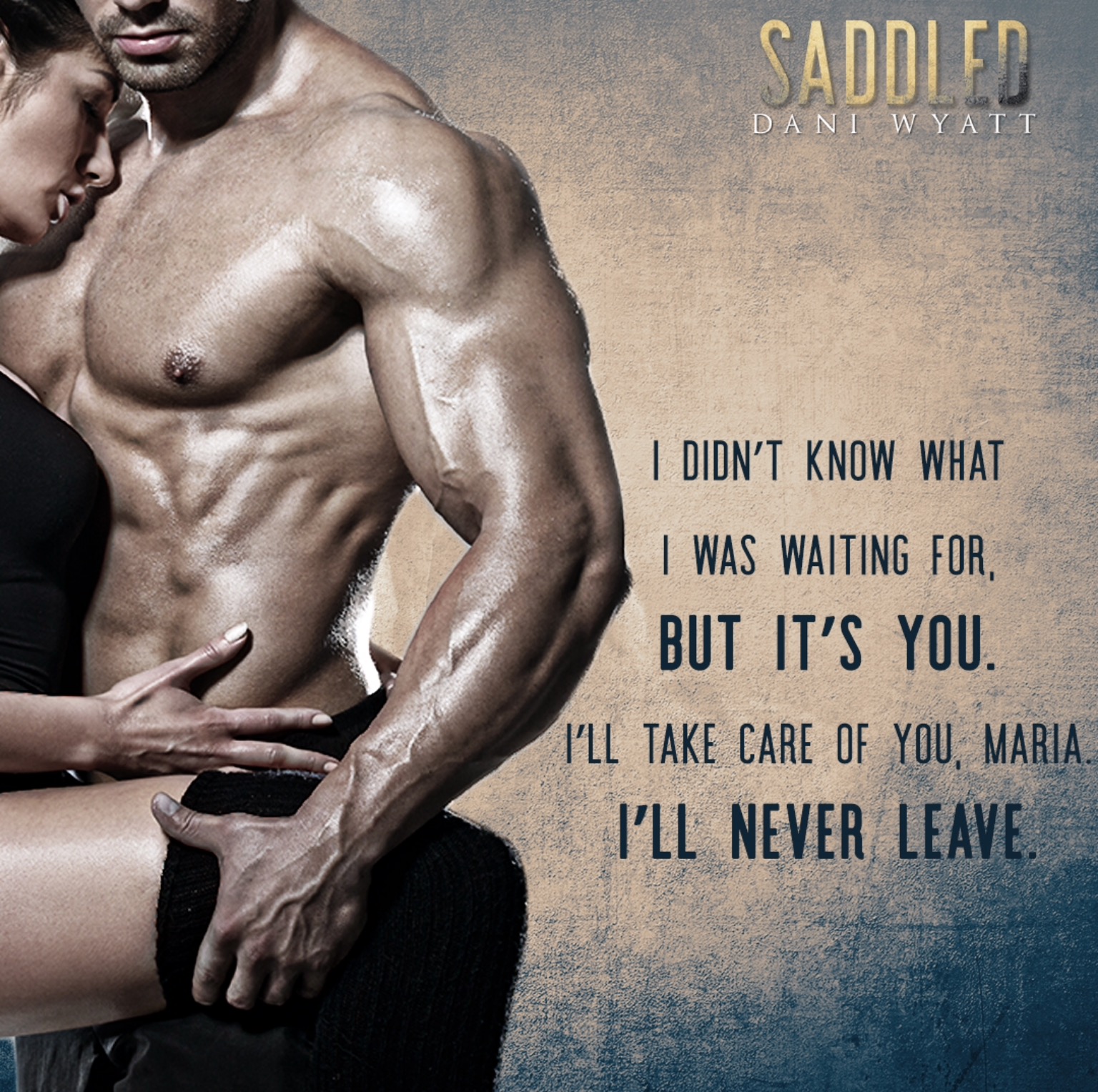