Tycoon, an all-new standalone from Katy Evans is available now!!! 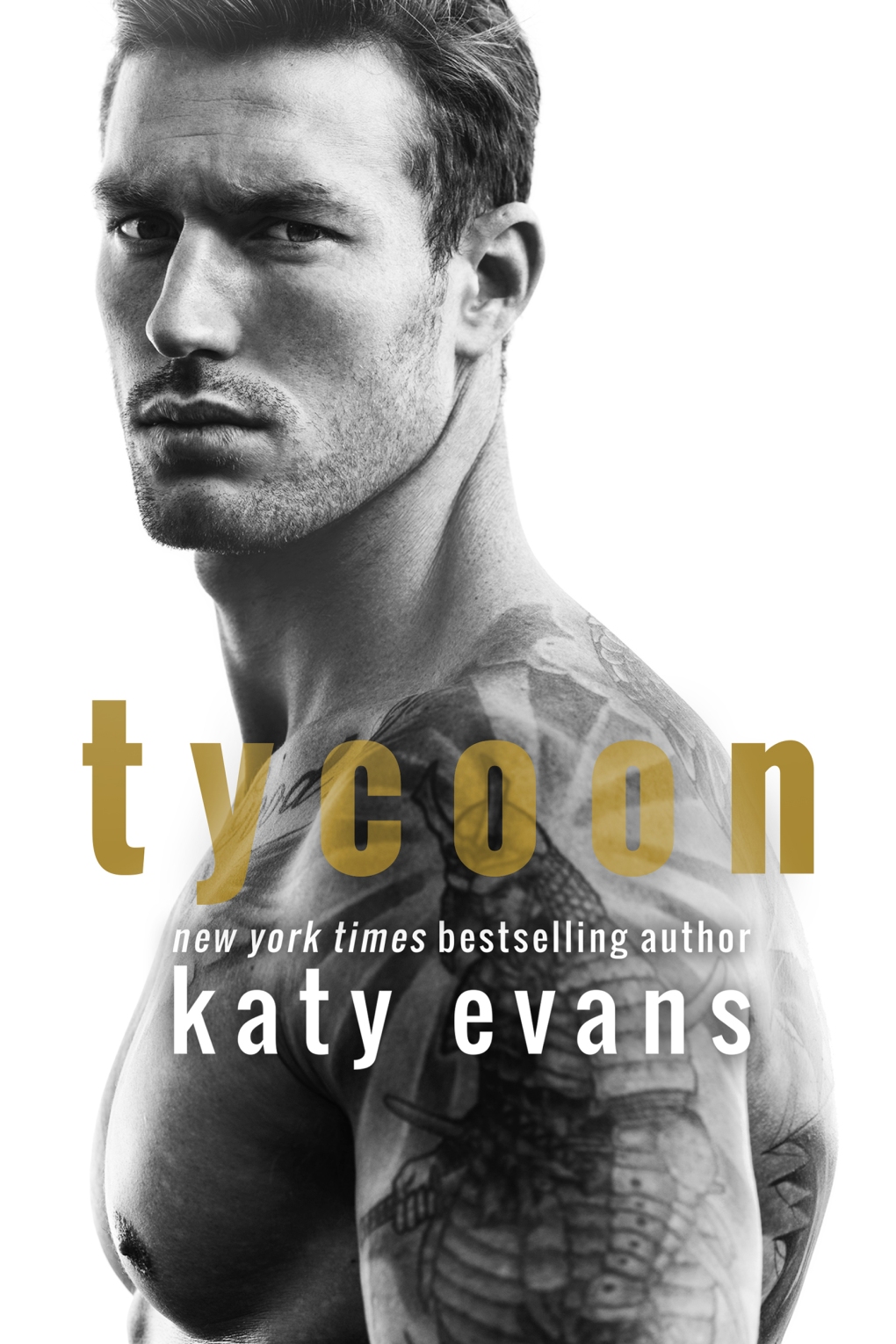 He wasn’t always this rich. This hot. This difficult.

Aaric Christos was a guy who protected me. Wanted me. Maybe even loved me.

That man is gone.

In his place is the most powerful real estate tycoon in the city.

The only one who can save me and my startup from ruin.

It takes every ounce of courage to put my pride aside and ask for his help.

I didn’t expect him to offer it easily.

Instead, he vets me harder than he’s vetted anyone.

Don’t invest in what you don’t know, he says.

He’s assessing every piece of me, to the point I’ve never felt so bare.

I yearn for the boy I once knew, whose touch once craved me.

Putting it all on the line will be worth it, I tell myself.

Until I realize—too late—that some risks are not worth taking.

I hop off the train and walk several walks to his building.

It’s a brownstone in Park Avenue, one of the most elite of the elite spaces in town.

My lungs feel a little bit overworked from awe as I head up the steps to the double doors, grateful that I came dressed to kill in a little black dress, a jacket, and pumps. Simple, but effective.

See, I may be feeling a little awkward, but at least I don’t look it.

I’m greeted by his maid. She’s dressed in black and white, her hair drawn back in a neat bun, her expression stoic and formal as she leads me down the hall to a gorgeous study.

I catch my breath when I notice all the books and shelves.

It’s like a reader’s paradise in here. There’s a sleek chrome bar, a modern mahogany glass-topped desk, and two huge whiskey-colored leather chairs that almost swallow me up when I’m instructed to wait in one.

I drum my fingers, inhaling the scent of leather and wine, remembering a guy I knew with his mechanic navy-blue uniform, black streaks on his jaw, his big nose always the first thing you’d see, which was a pity because he had beautiful eyes and a really sinful pair of lips.

He’s living in luxury now. Wow. Good for him.

I hear footsteps approaching and the little hair on my arms prick at attention. My head turns as a tall, dark figure steps into the room, and the most intimidating guy I’ve ever seen enters and crosses the room toward the desk. He walks like he’s the shit…his strides proud and composed, elegant and powerful.

Christos, I hear myself breathe in surprise.

All in black, he looks very much a New Yorker.

He’s wearing a black jacket, black pants, and a black turtleneck beneath the jacket…

I stare at him, my jaw hanging a little bit open. The man is….all man. Testosterone. Muscles. Height. Width. My chest hurts all of a sudden because I realize…

The boy you knew is gone.

I force myself to stand. “Thank you for seeing me.”

He heads to the bar to pour two drinks, then he prowls over, takes the whiskey leather chair across from mine and leans forward, pushing a glass of cognac with one finger across a small table, toward me.

But my stomach dips as if he’d said something ultra-sexy and decadent.

There’s a pleasant shiver as he speaks. Recognition of his voice, even though it’s far deeper than I remember.

“I was told you sometimes invest in startups.”

“I’d say more than sometimes.” He raises his eyebrows as if I should’ve done my homework better.

Ugh, Bryn! Focus! Be SMART! Make yourself and your business irresistible! A silence settles as he eyes me, slowly setting his drink down as he leans forward and finally, unexpectedly, smiles. At me.

But the world tilts under its impact.

“Hello, little bit.” Amusement touches his gaze as he tilts his head and watches me. “You know, I’d think you’d have grown up the ten-plus years since I last saw you. At least an inch.” He leans back in his seat, seemingly displeased. Wow, this guy is not the lanky kid I knew once. This guy oozes danger.

Every ounce of “boy” is gone. Oh God. For a moment I wish that we could go back in time and I could discuss my startup with the guy I knew before.

But time travel is not really my talent, and it seems like I have yet to see if I even have any special talents at all—depending on what this guy thinks.

“I grew two in width,” I shock myself saying.

He laughs then, his eyes drinking me in openly.

“Shame on you, you’re not trying to see if it’s true?” I ask him, frowning now.

He shrugs casually, his lips curved at the corners. “I can’t help it. Something has to have changed.”

“Because nothing good ever lasts. Even you, little bit.” A smile touches those unforgettable gold-green eyes.

A shiver runs through me. Because…

“I can tell you’re as incorrigible as ever.” I shake my head, but I’m smiling, truly just relieved that he recognized me.

“I try to be,” he purrs dangerously.

I’m feeling warm all of a sudden. I can’t believe I’m staring at him so much, but it’s like I cannot take my eyes away. He looks achingly familiar, but at the same time, so different I cannot help but stare and track the differences in his features. The way his jaw squared out even more, the way his body filled out with hard, lean muscles that shift and ripple beneath his expensive designer clothes. I cannot believe that this is a guy I knew once.

He seems to silently be taking in my changes too, his keen stare allowing me to see that he seems to approve of it all. Even the dress I’m wearing. “You changed enough for the both of us,” I blurt.

“You grew into your nose.”

“Really?” He chuckles as if despite himself.

“Anything else,” he prods, one eyebrow rising.

“You learned how to dress.”

He looks down at his black suit. “This old thing?” He grins, then shifts forward, sobering up. “What can I do for you, Bryn? Considering I’m rather surprised to see you here, I’m eager for you to satiate my curiosity.” His stare becomes keen.

“So am I. I didn’t expect to be here,” I admit, and for a moment when I look into his eyes, all I see is someone I’ve seen before. Someone who belonged in my life long ago. “You know when you had that misplaced crush on me and told me one day I’d know what it felt like to throw pebbles at someone’s window wanting them to open? I’m sort of throwing rocks here.”

“Not to sing me a love song,” he says flatly, his eyes shuttering.

“No. Well, you know that was never….I mean…” Don’t bring up your rejection of him, Bryn! “It’s for something better. Business.”

“I knew that’d get you.” I smile privately. “So it’s true your love is money now.”

“She gives back what I put in. Though her ass isn’t as juicy as I like,” he says nonchalantly.

“Wow. No matter how polished you look, your mouth is still as crude as ever.”

“Thank you,” he purrs, his eyes grinning at me.

I laugh. Then I sober up and realize he’s waiting for me to speak. “I’m looking for money for my startup,” I say.

“I don’t invest less than a million.” He twirls his whiskey in his glass, eyeing the liquid.

He raises his brows, setting his glass down. “It’s not how much you want to ask for, it’s how much the company’s worth.” Eyebrows up, he skewers me with a cold, intimidating look.

“It’ll be worth more than a million, trust me,” I bluff.

“Good for you. Except…” he leans back with a rustle of clothes, every athletic inch of his black-clad body flowing sinuously like a feline with the move, “considering that has yet to happen and I’ll need to trust you on that, my trust needs to be earned.”

This version of Christos is even more intimidating than the old one, unfortunately.

I try to hide it, keeping my voice as level as possible. “How does one earn your trust?”

“I’d tell you if I were interested, but I’m not exactly sure that I am.” He eyes me as if debating in silence.

This guy is the only guy in the world that unnerves me in this way, and I can’t seem to slow the fast pounding of my heart in my chest as I try to remember what I came here to say.

“I have a full presentation for you. I’m not taking no for an answer.” I reach into my briefcase.

“Darling. Are you ready?”

I start at the female voice and glance at a gorgeous woman striding into the study. Christos continues looking at me as he stands and reaches for the cell phone the woman extends out.

“We’re done here,” he answers her as he pockets the phone, his gaze remaining on me.

“I’ll wait for you in the car.” She leans up and kisses his jaw, her hands proprietary on his chest, then sends me a woman-to-woman claiming look, before she swishes away, all glittering jewels and lean body.

There’s a silence as he approaches, and for a second all I can hear is the sound of a toilet flushing, taking my only opportunity with a possible investor away.

“I said I’ll think about it,” he says from the door.

“Please do,” I say as he exits the room. I cup the sides of my mouth, “I’ll be back tomorrow. Same time?” I say jokingly.

I’m surprised when I hear footsteps returning. He pauses when our eyes meet. “I’ll make contact,” he says, raising his eyebrows meaningfully, “If I’m interested in hearing more.” He nods. “Nice to see you, Bryn.”

“Nice to see you. Christos.”

Well, that went sort of awful. 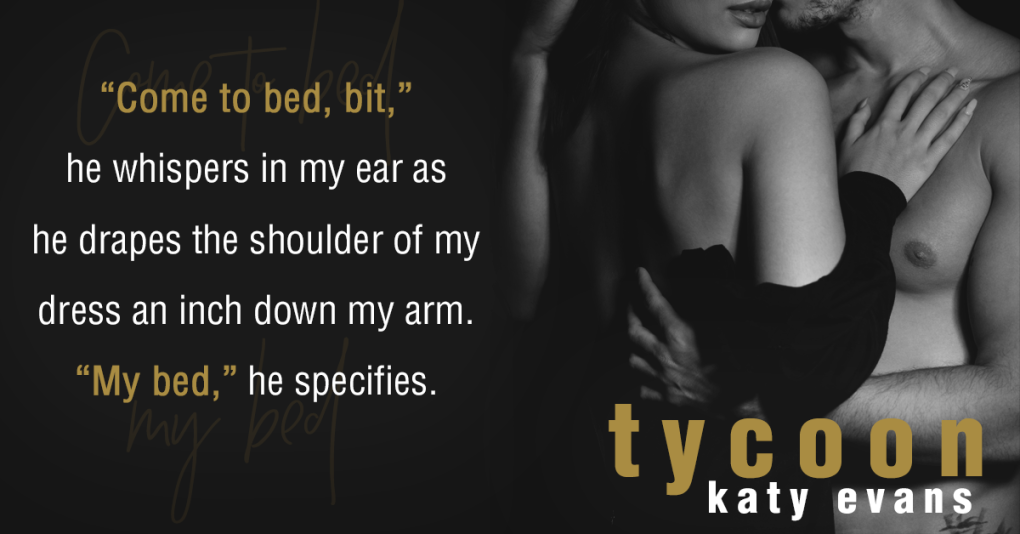 Katy Evans is a New York Times, USA Today, and Wall Street Journal bestselling author. Her debut REAL shot to the top of the bestselling lists in 2013 and since then 9 of her titles have been New York Times bestsellers. Her books have been translated into nearly a dozen languages across the world. 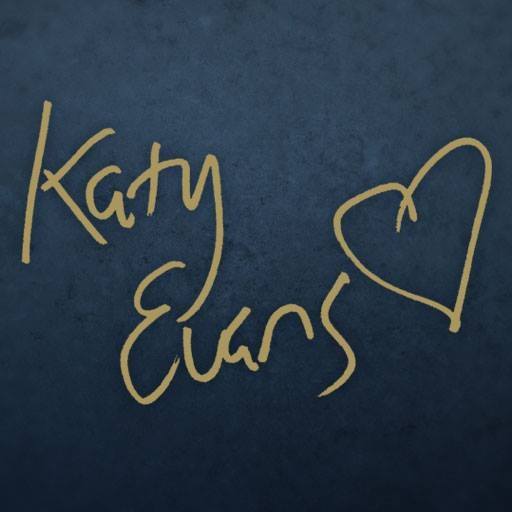